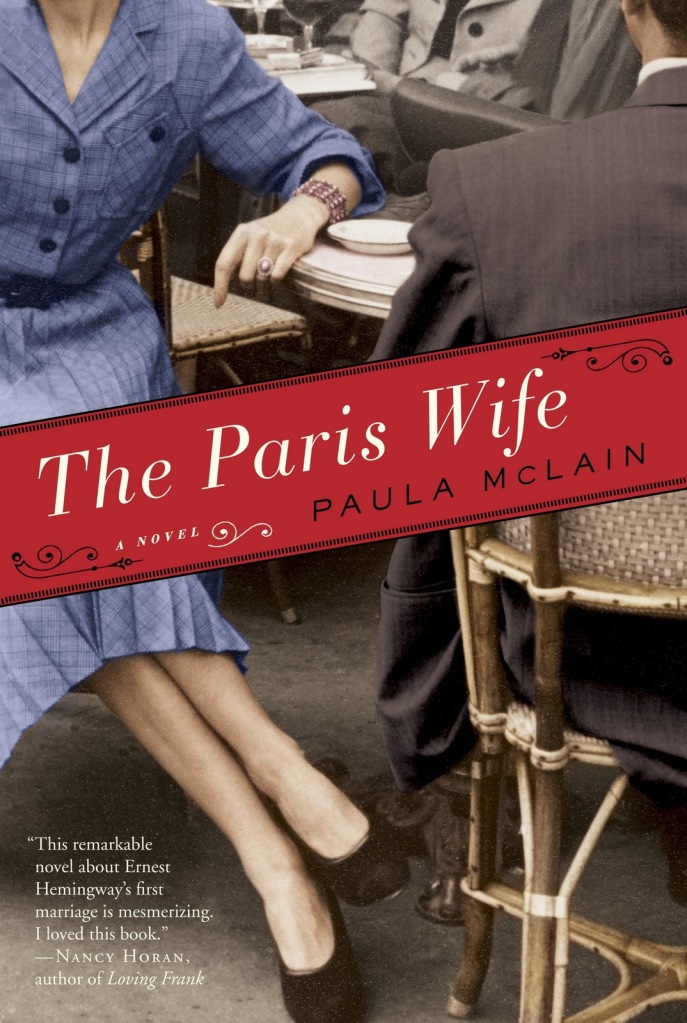 This book made me excited to be a writer. I could only dream of someday having such a gorgeous voice in my work.

Every now and then, we stumble upon the accidental read. There’s always that one book you guiltily buy because of the title–and for once, it doesn’t let you down. As this is  an adult historical book, there is some mature content. That being said, it’s a superb look into the life of Ernest Hemingway from a different perspective.

Does a writer ever really love one person more than their art?

This is the question we ask ourselves over and over throughout the book. It’s mostly written from the viewpoint of Ernest Hemingway’s wife, Hadley–though a couple of times, there are switches to his perspective, which I admit did catch me off-guard. They were all written in italics, which I suppose disoriented me.

This book is set in 1920, after the war; our world bears a scar that will never go away. Some people still try finding refuge in love, hoping to start their lives over. Ernest Hemingway’s scars run deep. Writing is clearly his one true love from the beginning. Still, he tries to be one of these brave souls. He settles with the main character, Hadley, and together they move to Paris. That’s where all the writers of the day wanted to be, according to Sherwood Anderson:

“But if you want to do any serious work, Paris is the place to be. That’s where all the real writers are now.”
—Page 71

Ernest Hemingway in’t satisfied as a journalist. He feels they mock him, giving him jobs that seem ridiculous to write about. He wants to publish a novel that will make a dent in the literary world. While working to barely get by in Paris, he waits wait for the novel. He waits for the masterpiece that’ll launch him with the other greats–the “Lost Generation,” including F. Scott Fitzgerald and Ezra Pound.

In Paris, you’ve got to be bulletproof. This is impossible when love comes into the picture. We soon realize Hadley’s love is deeper than that of her husband. While he makes friends and his career grows, his wife is fading. She’s become distant to him, insignificant.

Paris has no mercy: She’s taken everything, and will continue till there’s little hope left. This novel is heartbreaking and beautiful, terrible and marvelous.

I want to share one of the most powerful excerpts to me, as a writer. All Hemingway’s work has just been lost, and this passage–I think–holds the overall feel of the story. It’s lost and hopeless, always about starting over without a clue how to begin.

“He puts his hand on the knob and pulls the door open and then he knows everything. There isn’t a page left in the cupboard. Not a note or a scrap. He looks and looks, standing there, wrenched out and hollow. As desolate as the cupboard is, that’s how he is too because the pages belong to him and are him. It’s like someone has taken a broom to his insides and swept them out until everything’s clean and bright and hard and empty.”
—Page 135

At times the writing sounds like a great poem, sweeping you away so that you’re hurting with the characters. When the book was done, I tossed it on the ground and stared at the wall miserably. Make sure you have thick skin: It’s not a light read.

This quote on the first page sums it all up:

It is not what France gave you but what it did not take from you that was important.
—Gertrude Stein