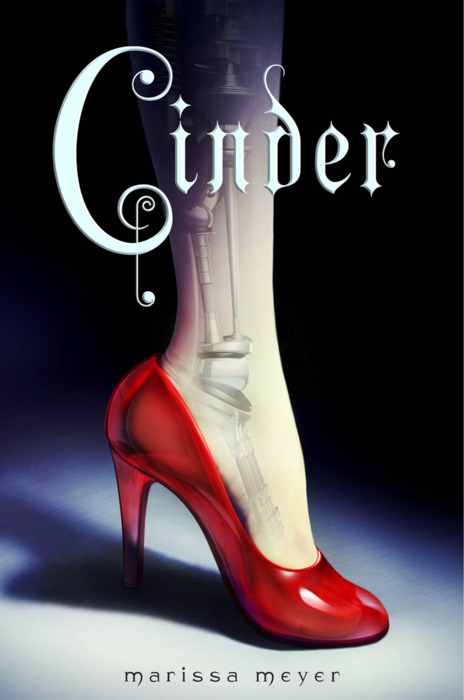 It was one of those books all over social media, a book everyone insisted that I read. When a book is like that, I’m almost always suspicious of it. With The Selection, people were right–I didn’t regret the read. Cinder is a similar situation, though I must admit I didn’t love it at first.

I thought the beginning really slow and mediocre. It’s definitely not a traditional Cinderella retelling, and that’s a good thing, but the change in setting and culture really caught me off-guard at first–then throw in cyborgs and a plague. But as I read I found myself impressed by the details; by the time I finished, Cinder had won me over.

The author came up with such amazing twists…for example, Cinder can’t cry because she doesn’t have tear ducts. You’d think a character who can’t cry would be hard to relate to, but seeing her express her frustration in other ways was really satisfying, giving this character another layer of strength.

The prince was awesome in this retelling. I liked him better as a MC than Cinder herself. He cared about more than the ball or finding a princess; he was taking his job seriously and doing what he could to save his people, despite lack of experience.

I could go on, but by the time I finished Cinder, I was in love with it. There were many things unusual to a fairy tale–dystopia, cyborgs, Cinder’s determination not to rely on anyone. All this convinced me to try the rest of the series.

Times may change, but we’ll find a good fairy tale will survive the centuries–even if it takes different forms.