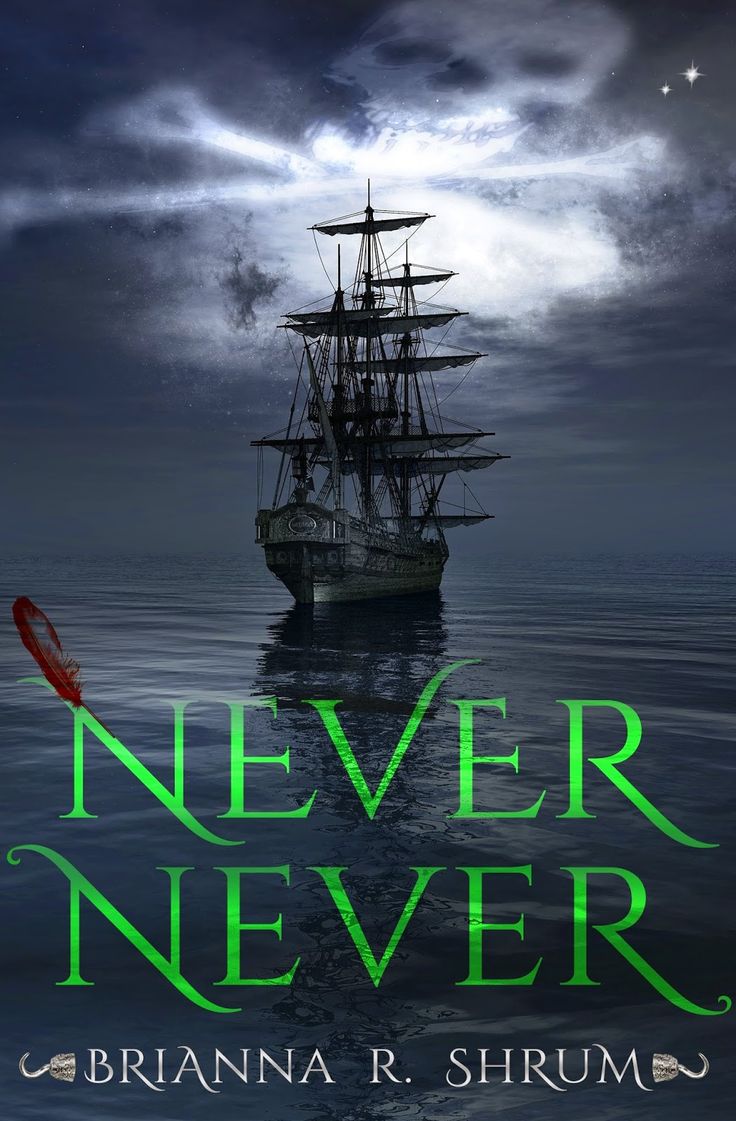 Readers have been enchanted by the tale of Peter Pan for generations, sympathizing with the boy who didn’t want to grow up and the children who went on an adventure with him. Having read the book twice, it was exciting to find Never Never at the bookstore–because it sheds more light on the legendary Neverland.

When it comes to villains in a story, there’s so much we don’t know. Why did this person turn bitter and hateful? Which events turned him into such a haunted soul?

Never Never painted such a beautiful and sad past for Captain Hook. The tables had turned when I closed the book—it was Pan I hated most.

James Hook is a boy who has only one dream: To be a pirate. In real life, though, he longs to become a man and make his father proud. These two desires make for a powerful character, given that he’s only a boy when the novel starts, preparing to head off to boarding school.

That’s when he meets Peter Pan who tells him about the place Neverland, where children don’t have to grow up. Even though he wants to be a man and make his father proud, he wants to see the pirates; he agrees to go with Peter to visit, trusting that he’ll be returned in time to go to Eton.

But Peter does not keep that promise; he forgets it instantaneously after their arrival at Neverland, also forgetting that James never wanted to become a Lost Boy. James followed him to Neverland as a visitor; now he’s trapped following the whims of a scatterbrained boy who turns out to be a dictator.

When James breaks Peter’s greatest rule and begins to grow up, he runs away to the pirate ship Spanish Main, where he’s received as captain without question. The Main was always his dream, one Peter somehow brought to Neverland.

The sweeping novel chronicles James’ struggle to adapt as pirate captain in a place he’s beginning to hate, because it belongs to Peter; everything works at Peter’s whim, including the weather. Neverdays seem to last a lifetime, and there are so many scenes which broke my heart; in the end we find the soul of a person we grew up seeing as villain.

Fans of Peter Pan, misunderstood characters, and book spin-offs will enjoy Never Never. It’ll make you angry, it’ll have you tearing up; most of all, you’ll sympathize with someone you despised as a child.

Things are not always what they seem. By the end of Never Never you’ll probably hate the Pan, too.