On June 1 I celebrate my first book birthday; it marks one year since the publication of Dissonance. I am not promoting one method of publishing over another; traditional has great benefits. I am simply recounting my experience taking the ‘least popular’ road.

If you haven’t read Dissonance, new readers make an author’s day; I hope you give it a try!

Years before I had a manuscript ready, there was strong bias against self-publishing. Everyone called it an easy way out, a quitter’s path. An acquaintance went so far as to label it ‘literary suicide.’

She wasn’t the only person I knew with that bitter view; we were fresh on our journeys in the writing life. All of us dreamed of being taken by a literary agency, as if only then could our talent be confirmed. It seemed that no one who took her work seriously planned to self-publish.

Then, people realized times had changed. More people dared take the indie route, but not because it was easier—they all had their motives. As their self-pub journeys proved not to be disasters, the world of indie literature grew. 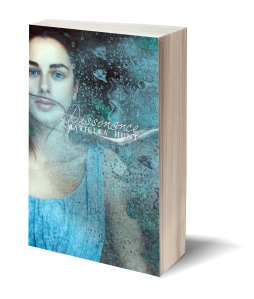 By the time Dissonance was ready to go, self-publishing had become a legitimate option. That isn’t to say my choice was easy: some people were so faithful to their bias against self-pub that I lost friends I considered dear.

Feeling rejected, it wasn’t easy to go on with my plan, but I was ready to be an author. Encouraged by friends and family, and especially my dear mother, I hit Publish and waited to see what would come next.

It was not ‘literary suicide.’ I have learned so much about writing, publishing, and business since releasing Dissonance a year ago. Here are three ways self-publishing helped me to grow and follow my heart.

I BEGAN TO DELIGHT IN FAILURE.

The artist’s journey is one of discovery and pushing boundaries, doing things others haven’t tried, shattering expectations—including your own. I’ve experimented with methods of promotion which fell flat, but at least I tried.

Historically, people have changed the world by carrying out experiments so silly no one else bothered with them. In rare occasions, those projects ended in success. Indie publishing gives me the chance to try things.

I will keep experimenting with methods as an artist and writer, even embracing the failures. What matters is that I try.

TIME IS LIMITED, SO I LEARNED TO PRIORITIZE.

If you want to find gold, take time to dig. Despite what many say, writing is a job. If you don’t take your work seriously, don’t expect to be taken seriously.

No one can write all day, and promotion never sounds exciting. However, indie publishing makes it fun! You get online and make friends, tell them about this story you wrote. Make them part of the process, and every moment you put in is worth it.

It’s important to live offline, too. Just don’t do your story an injustice by asking readers to spend time with your work if you aren’t willing to invest it yourself. Put yourself out there and find a loyal audience!

I LEARNED TO MOVE ON.

Indie publishing has the advantage of letting us make changes whenever we want. All writers know it’s hard to finish a manuscript and say this is it. However, with indie books, there’s not even a limit after hitting Publish.

You have to get the story right, and the edits, and the cover, and the marketing. But make sure you aren’t so caught up that you stop writing altogether. Your second book promotes the first.

Readers want a second book; it will lure more readers to the first. I’m eager to put out my sequel soon. I can’t wait to meet new people, grow as a writer, and have two novels to my name.

This is only my first book birthday, and I still have a long way to go. I have failures to learn from, friends to make, sentences to rearrange. Most of all, I have books to sign, stories to tell, and I’m comfortable knowing I took the first step.

Self-publishing was not literary suicide to me; it was growth. I learned how I could improve and what steps to take next. I realized storytelling is a business so delicate, we have to get extra creative to succeed.

Traditional publishing has benefits, and one day I plan to pursue it. But never let the bias of others influence your decisions. Ironically, many people who judged me for self-publishing stopped writing.

Every path is different. Embrace your freedom, storyteller, to choose the one which suits you.

3 thoughts on “3 Lessons I Learned Self-Publishing”