I’ve participated in all of Lindsey’s cover reveals for this series. It has been wonderful watching this story grow, because I read it when it was still a draft on inkpop.

Cursed With Power is so different now, and I was impressed with how it had improved. The writing style is solid. The story sweeps you away, and I’m sure Bloodline Inheritance will be just as good. 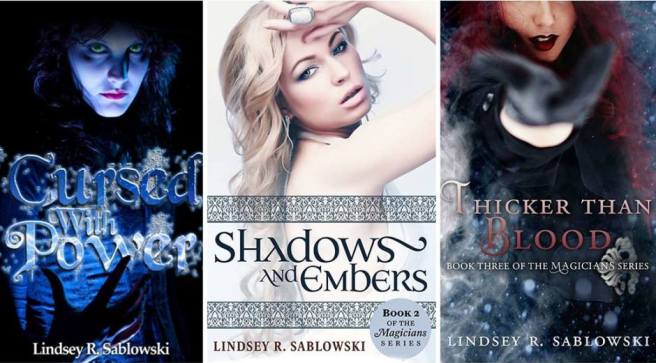 Here’s what the latest installment is about:

Dyanna Carpathia has been a runner her entire life. A handsome man offers her love and a new beginning, but the war could change everything. Now her dreams of leaving behind magic and living as a human seem unrealistic. The magical war demands strength and focus, but Dyanna is haunted by a dark secret. Who will save her from a potential downfall?

Nearby on the battlefield is Malin Petrescu, a survivor who views Dyanna as a potential threat. They share different opinions on the magical world and the future. Marrying the love of his life demands him to fight no matter the consequences. However, victory means defeating their greatest enemy, Christopher. Dyanna’s loyalty is tested, but can she and Malin set aside their differences to save their loved ones?

In the fourth and final installment to the Magicians series we witness the war and the aftermath. This is the last stand for the Dark magicians, and for some it will cost them everything.

Don’t forget to check out the first three installments. I read Cursed With Power again last week and was filled with not only nostalgia but restlessness to know what happens next. I have a review prepared but decided to save it for this week, after the cover reveal. Check back!