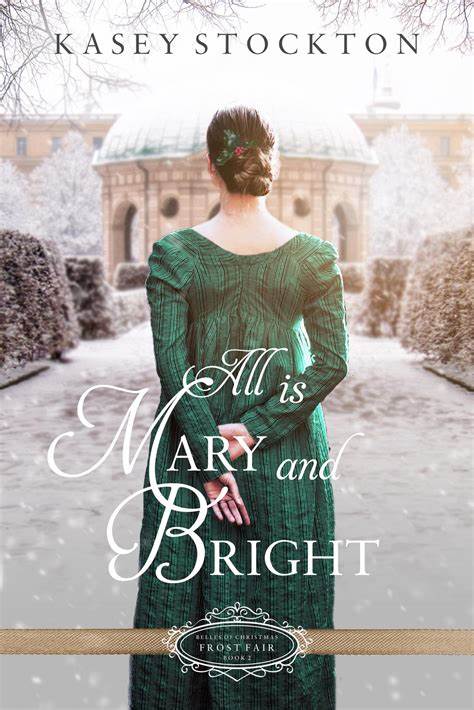 Andrew Bright, the Earl of Sanders, is tired of women. Ever since he inherited his father’s title, it’s been a nightmare when his mother invites female friends to his house–especially friends with unwed daughters. Even if he expresses no interest in the unwed lady, he will find her ‘accidentally’ waiting in his library.

So irate does he become that he avoids his London townhouse whenever his mother invites friends.

This time, circumstances are different. His mother and sisters have come from their country house to celebrate Christmas with him in London. In doing so, they have sacrificed many beloved Christmas traditions, and he appreciates their visit.

There is one problem, though: they have once again brought friends, a Mrs. Hatcher and her daughter, Mary. Will Mary Hatcher be the next lady he finds in his library?

Andrew could avoid the townhouse again and spend time with his questionable friends. Gamblers and drinkers, he and his friends normally go to the city for a bit of fun…and sometimes, trouble.

However, following an embarrassing episode with these friends at the Frost Fair, Andrew has had enough. He decides he would rather spend the holidays with his family…and the Hatcher women.

When Andrew learns that Mary Hatcher is already engaged, he feels relief. At least there won’t be another flirt in his library. This relief is short-lived, though; unknowingly, Mary begins to win him over. He wants to know everything about her. He would do anything in his power to make her happy.

What cruel fate that he has fallen in love with the one woman woman he can’t have.

He feels a spark of hope on learning that Miss Hatcher hasn’t seen her fiance in two years. It becomes clear that she knows nothing about her fiance, and Andrew wonders if he can convince her to change her mind.

The truth is that Mary’s fiance can live two years away from her, but Andrew can’t live a day without her.

He soon learns that there is a reason Mary is being forced to marry a stranger. Her father is managing her life from a distance. Can Andrew and Mary live happily ever after, or will she be forced to go through with this marriage of convenience?

Marriages of convenience were common in their era, but they were usually contracts rather than vows of love. Many arranged marriages were miserable or apathetic. A person’s heart should never be used as a bargaining chip to pay a debt.

I loved that this was the message of the book. There is no better gift for Christmas than true love.