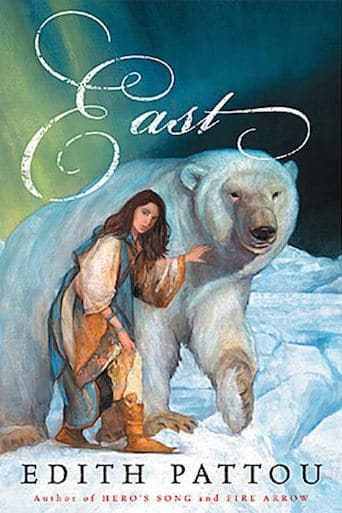 Do you have a book that has been with you for years? One that became your favorite story for so long that, though the plot is fuzzy, you remember how much you love it? One so dear that it remains a part of you, sharing in fond memories–a friend you have been waiting to meet again?

As a teenager, if asked what my favorite book was, I wouldn’t have replied Harry Potter. After all, Rowling’s had books reached a favorite level that it would feel silly to name them. My real favorite book, the one I recommended to everyone–and eventually lent (to a person who never returned it!) was East by Edith Pattou.

I had not read East in over ten years when it appeared on Amazon in August as a suggested title for my Kindle. It wasn’t expensive, and I knew that it was time to revisit this old friend of mine. It would bring me comfort in rough times such as these.

This year, when I reread East, I sought comfort from a childhood friend.

East is the story of Rose. She was born into a farmer’s family, to a mother who was very superstitious. When Rose’s mother was expecting her, she was very concerned that the infant not be born facing North, believing that a child born facing North would be a wanderer and get into all sorts of trouble.

Rose’s birth was a sudden, chaotic event. It took place in the forest when her parents went out to gather berries. Her father had no choice but to deliver her there on the forest floor…and in the chaos, her mother’s greatest fear took place: Rose was born facing North. Only her parents knew about this, and they agreed to keep it a secret. They lied and told Rose that she had been born facing East, calling her Ebba Rose. However, her father despised the lie, calling her Nyamh in his heart.

Her childhood was chaotic enough that anyone watching would not be surprised if they’d been told that she was a North-facing child. She frequently ran off to have adventures, getting into mischief and causing much grief to her parents.

This was when she began to see the White Bear. When she first met him at the age of five, she forgot about him. He was to appear later when she was a young woman–and change her life forever.

Their youngest daughter, Sara, had fallen ill. One night the White Bear appeared at their house and said that Sara would be healed–for a price. He would take Rose as a companion in exchange for her sister’s health.

He gave them a week to think it over, and in that week something happens to help Rose make up her mind: she discovered the truth about her birth, that she had been born facing North.

So painful was her betrayal that she left her family. She packed her few possessions and set off with the White Bear, despite her brother’s protests. What ensued was an adventure full of heartbreak and friendship, a love story that reminded me of Beauty and the Beast, and one that I have not forgotten to this day.

Love is mysterious. How can a young lady fall for a white bear? Why, if she would only take the time to look into his eyes, she would discover that the frightening bear is more human than he appears. True love is listening, paying attention, and choosing to keep an open heart.

Read East by Edith Pattou; I will forever call it one of my favorites.